The Super League Nobody Wants

Monday was a fun day at Founder + Lightning. We had a board meeting in the afternoon, giving us our first opportunity to meet face-to-face since September. Over a beer in the sun afterwards, the main topic of conversation was general horror about the breakaway European Super League that had been announced the day before to widespread condemnation.

I joked that they'd have saved a lot of money and embarrassment if only they’d invested a few thousand pounds in a discovery project. Everyone laughed and said “you should write a blog on it”. Then, the following day, some 48 hours after it had been launched, the ESL was dead. The joke became reality in hours, not days. So I decided to write the blog.

It’s staggering to think just about the money that must have been blown on this. JP Morgan had to find $3.5 billion to divvy up amongst the founding clubs. Lawyers would have been drawing up contracts and poring through existing ones. Accountants would have been making projections. Top PRs were appointed. All on a vanity project that was doomed from the start.

I don’t need to tell you the embarrassment and shame the clubs should be feeling from their avarice and hubris. The announcements we woke up to this morning said it all. The contemptuous and presumptuous nature of the Sunday (to minimise scrutiny?) press release was staggering in isolation. That it was made to a backdrop of a global pandemic that’s killed millions, a looming economic crisis that will cost millions more their jobs, and grassroots football being devastated by lack of income, is beyond reprehensible.

So how could a discovery project have prevented this? Here are just a few of the areas we’d have investigated to try and validate the problem and the proposed solution.

This would have covered of the “why” and the “who for” before we moved to “what” and “how”. For an investment of >£6,000, we’d have discovered in no uncertain terms that this isn’t a product the masses want before they'd ruined their own reputations and those of the clubs involved. How to keep internal projects on track

What does a Delivery Manager do? 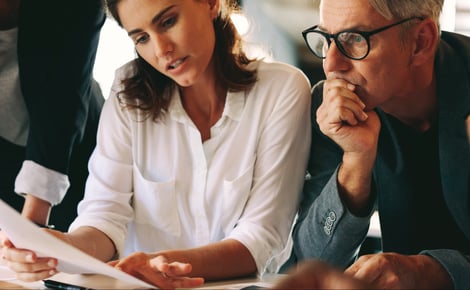 How to define your start-up's valuation and...