3 Ways to Build a Productive and Healthy Start-Up Culture 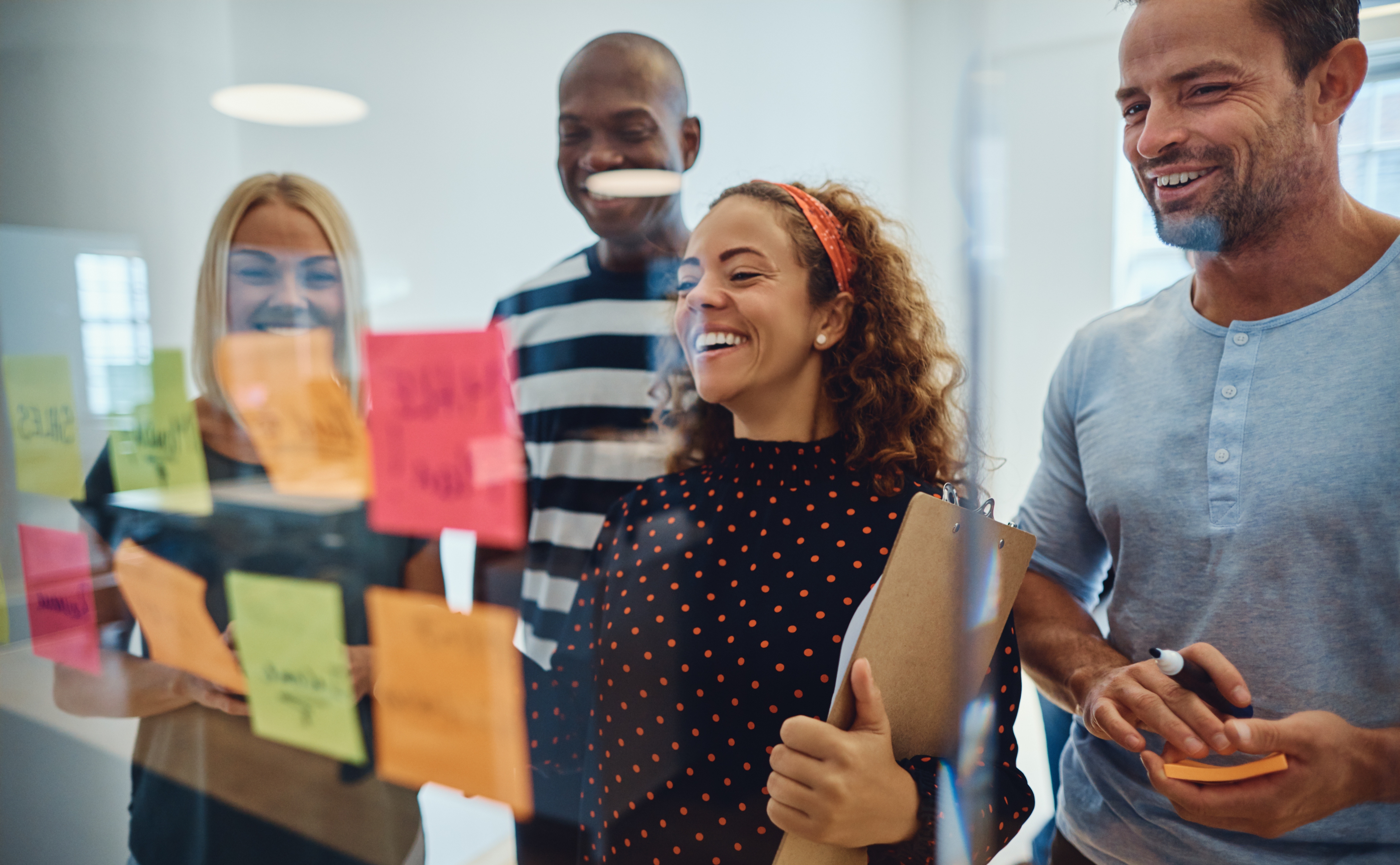 Did you know that, around 7 years ago, Belgium went for an entire year without a government? Despite experts predicting an imminent disaster and the country’s economic implosion, nothing really happened. On the contrary, economists attributed the boost in the country’s GDP at the time to the situation.

The fact that Belgium remained strong and productive in spite of no political leadership proves how important a country’s robust business culture is.

The same translates to the business world. According to sources, your company culture is even more important than your strategy. This is great news for start-ups who are in the process of developing their business strategy and constantly pivoting.

Start-ups by definition employ fewer people, operate at a fast pace, and pivot more frequently than bigger companies. Their size and agility are advantages, but they can become handicapped as well. They may cause stress and misunderstandings among team members. To mitigate the risks, start-ups must commit to building a healthy work culture from the start.

What, exactly, makes a company culture?

Culture directly affects not only people and how they feel in their work environment, your success in building a healthy start-up culture will also have an impact on:

Each of these elements constituting the workplace culture call for a separate post. In this one, I’ll take a closer look at managing the people who make up the work environment and issues of communication for start-ups.

How to establish a healthy start-up work environment?

1. Draft your mission statement with care

If you want to establish a healthy start-up culture, start with the basics: answer the question of WHY you exist. This has a profound impact on the atmosphere you’ll work in.

In his talk at Design Driven NYC, Aaron Weyenberg, Research and Development Director at TED, shares some meaningful insights about the relation between the company’s culture, mission, and goals (the “why?”).

Ruminating on why his design team works so well together, he comes to a simple conclusion: the fact TED is a non-profit whose mission is to spread world-changing ideas is what attracts like-minded individuals to the organisation.

The company makes a point of being very transparent about not being revenue-driven and having a flat structure. This helps them “attract more authentic matches”, as Weyenberg calls it. It also protects the organisation from individuals motivated primarily by money and climbing the career ladder.

The result? A self-motivated and value-driven team that works together for a common goal. They’re undisturbed by dishonest and unhealthy, competitive behaviour that would otherwise hinder creativity and cooperation.

This might be easier to accomplish for social businesses or non-profit organisations, like TED. If you’re a start-up, you’re on the opposing side of the spectrum. You’re a business, and market conditions dictate that you need to grow fast and generate profit for development quicker than your competition does.

That’s something you can’t change - a focus on money and outperforming your competition comes with the territory. What you can do, however, is draft your mission statement with care.

Think of what values it refers to and what language you use to express your “why”. This language not only has the power to appeal to your clients and business partners. It shapes the way your team think and affects their behaviour. Also, mentioning your company mission in a job advert is bound to influence the type of candidates you’ll attract.

2. Keep your start-up culture in mind when hiring

When interviewing job candidates, aside from considering them in terms of skills, you want to gauge their personality, character, and values.

Consider carefully whether or not candidates would fit into your team. See if they’re able to help you build the company culture that you can show to the world, and that will let your team thrive and bring results.

Some experienced managers go so far as to value a candidate’s personality and the “why” more than their skills. As Aaron Weyenberg puts it, even the most talented individual who is hard for your team to work with isn’t worth the trouble.

I’d go so far as saying that such people can disrupt other people’s work, or even disintegrate entire teams. So who are you’re looking for? Someone with the basic skill set the job needs, the ability to learn, passion, and a mindset that suits their future team.

3. Be open and inspire clear communication

There are few threats deadlier to a good work atmosphere than poor communication. On the one hand, miscommunication in task allocation will result in delays and growing tension among your staff. On the other hand, failing to engage your team in a broader conversation means you run the risk of disgruntlement.

To avoid confusion over tasks in Jira, Trello, or any other project management tool you use, make sure the tasks are well-described. When adding descriptions to tasks, remember that when it comes to good communication, there’s no such thing as “obvious”. No two people think in the same way, so be willing to say the obvious.

People are wired to process images more easily than words. A good practice is to attach screenshots to tasks. Have you just cringed at the thought of how time-consuming it is? It doesn’t have to be. There are productivity tools, like Droplr, that let you grab a screenshot and annotate it quickly to pass the message along with even greater clarity.

As for communication with your team, Steven Benson, the Founder of Badgers Maps, makes a very good point about the relationship between communication and a healthy atmosphere at work. As he puts it, “people are looking for wider meaning,” so they need to know the bigger picture.

By leaving this need unmet, you risk that your team will think you don’t value their opinions. Can you think of anything more discouraging than that? In order to get the best out of your talent, it’s not enough to communicate decisions in a transparent way. You also need to make some decisions as a team.

At times it’ll feel like a waste of resources, but at the end of the day you’ll end up with better, more innovative ideas and a happier team. And a happy team is a productive team.

A happy team is a productive team

Research proves that unhappy people are less creative, less able to solve problems, and less productive. By nature, happy employees are focused for 80% of their time at work, while their unhappy counterparts only 40%.

It’s thus in your best interests to go the extra mile to cultivate a healthy work culture at your start-up. People who feel satisfied, recognised, and safe in the work environment you’ve created are bound to repay you in spades. They’ll be your brand ambassador, attracting more great and talented matches to the team. 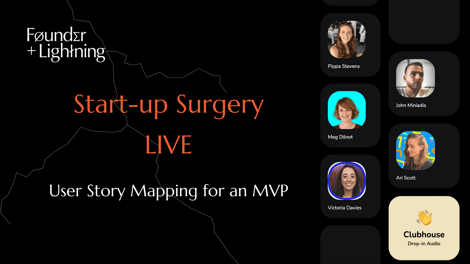 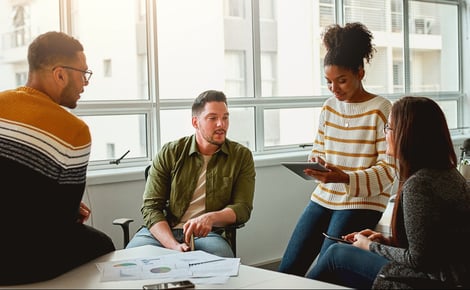 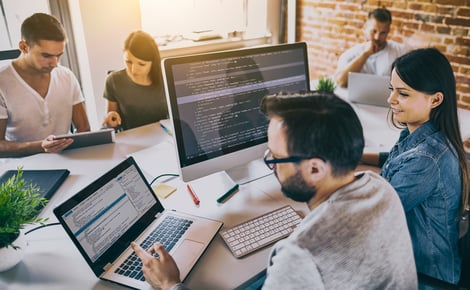 The ideal tech team for your tech start-up