This is an article about giving feedback that not only sounds valuable but will actually bring change and help people. It’s not only about what to say, but how to say it too.

Similarly to my last article, it focuses on work-related situations but could be applied to feedback of any kind (personal, professional, technical etc.)

Why do people work in teams? Primarily, because this way we can move faster and combine resources and skills of multiple individuals. But that’s not all! Great achievements are rarely a one-man job. Even those signed by a single name usually are not being created in a void. To actually take place, they need others’ input along the way. They need feedback.

Regardless of who you are, a junior, a senior, or a CEO, you will never make a great team member without an ability to give feedback (and an ability to embrace it, but that’s a topic for a whole different article). Easier said than done? Well, indeed. Giving any feedback is easy as pie. Giving valuable feedback is a completely different story. But, even the most thoughtful feedback may turn out to be useless, if not conveyed properly.

The thing is to give feedback that actually matters. Feedback that evokes changes and helps other people. Who can do that, can change the world. It is a precious skill, hard to obtain and rarely possessed. Fortunately, no matter if it’s professional advice, a personal talk, a code review, or a design session — some underlying rules and mechanisms stay relevant to all cases. Let’s try to break them down.

Preparing feedback, realising its essence, origins, and possible takeaways is a good place to start. There’s a simple method that may help you with that. You might have heard about Simon Sinek and his famous Who - How - What circles. If no, don’t worry. They’re cool, but don’t really matter in our case. Instead, let’s put those keywords in our own order:

The actual point of your feedback. What would you like the other person to acknowledge or realise? What real value do you have for them? This might sound obvious but it not necessarily is. We often know that something is wrong (or good!) but we can’t verbalise it.

Side note: You don’t have to necessarily know the right answer to these questions to give meaningful feedback. Sometimes, the most blurry non-specific feedback is exactly what people need! Why? We’ll get back to this later. But it’s always worth trying to work it out.

The causes of your feedback. What has led you to these thoughts? Why did you think that or feel this way? And eventually: why do you want the other person to know it?

The answer to the last question should always be: to help them and bring positive change. If it isn’t, it is not valuable feedback. Much too often we give feedback that is right and sensible but won’t make a difference. It might show we know better, it might make us feel better, but it doesn’t make the feedback any better. We don’t give feedback for ourselves, we do it for others.

Potential motions and solutions. Ask yourself what’s the key takeaway from what you have to say. How will they feel about it when they hear it? What can be done about it next? How can certain issues be addressed or fixed? How will it influence other people and things?

It’s not necessarily about finding solutions and directly proposing next steps. It’s more about thinking what could and what would we like to happen as a result of our feedback. Do you just want to boost someone’s confidence or do you want them to take some actions? Is there a very specific thing you want them to do? If so, are you sure you’re fully aware of potential consequences?

2. Try to prove yourself wrong.

So you already know what you have to say, why would you like to say it, and what impact can it potentially make. Now, let’s check if you’re right.

No matter how much sure you are about your points, it still might be the case that they’re plainly wrong. Maybe it’s a high time you got off high horse and saw some things more real? Forget about everything that led you to your conclusions. Instead, take a look from the opposite perspective.

What would you do to completely doom your own opinion? How would you prove that you’re missing the point? Imagine that this is your ultimate challenge! What would you say?

There’s a good reason to do that. It not only prepares us for potential discussion and forces us to prepare some counter-arguments but most importantly it might help us change the mind when needed and drop the points that are not that valuable.

Of course, in some cases, giving feedback is just sharing feelings without voicing opinions. It’s hard to discuss how right or wrong it is then. But usually, even if we feel like talking feelings, in reality, it is much more than that. And there’s a very high chance that what we’re so sure about is still just wrong.

It’s time to actually pass your feedback to the other side. A lot could be said about how to say your feedback and what language to use to make it work. Let’s boil it down to two basic points this time around:

You might feel like you have a full right to criticise and pan something with all power. You might feel you should do that. And maybe you do. But remember, it will almost never do any good in the end. What you’ll probably achieve is turning people against you and driving them up the wall. Trust me, it’s just not worth it.

What you can do instead is to truly approve what people do right and are good at, and, if needed, subtly suggest what could have been done better. The best part is that in many cases, you won’t even have to voice the concerns yourself. Just talk about what you appreciate and high changes are they will raise the worrying points you have in mind themselves. Then, don’t hesitate to agree, add your own input, offering help and support at the same time. It will make a tremendous difference in how they perceived your feedback.

Bonus point: One of the popular feedback-related concepts you might have seen on the internet is a “shit sandwich”. Just to remind you, it basically means to say something nice upfront to evoke positive vibes, then have your real harsh say that would be hard to stand otherwise, and wrap your speech with yet another nice, pleasing thought to make it all hurt less. It might work in some cases, but it’s a very poor technique in a long run. The true art is to make a whole sandwich the same good. True, it won’t be mouth-watering at all times. And sometimes, no matter how hard you try, it might still be a bit hard to chew. But let’s make it thoughtful, honest and edible at least.

Now, let’s put some arguments behind what you just said and evoke some actions. After all, your feedback is not what matters. It’s your feedback’s impact that counts.

I’m sure you know why your feedback is so important and right. But you know what? It’s not what matters the most here. You don’t say your feedback to convince yourself. You say it to help and convince others. So why would you use your arguments to do so? What you really need are their arguments. Let them forget that you said it and when you said it as long as they agreed to your point and claimed it their own.

Don’t focus on why it’s important to you, or even to the company. Explain why it makes sense to them, what’s their profit from doing so, and why it will make their life better. And of course, be honest. What if there’s absolutely nothing like that to say? Maybe it’s not the right feedback then.

It’s so easy to tell other people what should they do. But is it always the best way of helping them? Not necessarily. What if I tell you that people are much more likely to learn from your feedback and find it valuable if you actually don’t give them a solution?

Why? First, because we all prefer our own ideas over others’ ideas. So, if you let them find a solution on their own, you’re increasing the chances they will execute it with splendid enthusiasm and conviction rather than treating it as an order. Second, things you came up with yourself are much more memorable, so there’s a higher probability they will remember what they just learnt for good. Third, they might already have the best solution in mind. Let them realise it and try it before you spoil it once and for all without even knowing that.

Ok, Mikolaj -  you would say -  but if they could figure it all out on their own, I wouldn’t have to give them this feedback in the first place. Well, yes… and no. You might help them find the solutions very effectively without talking about solutions whatsoever. Don’t hold their hand, just point them in the right direction. Sometimes all we need is a little push.

That’s all for today on giving meaningful feedback. Hope you enjoyed the read and thank you for your time. Last but not least -  if you feel like you need a little practice in the field, don’t hesitate to get in touch!

You’re not Jeff Bezos so don’t try to be

4 Non-Tech Founders That Prove Anyone Can... 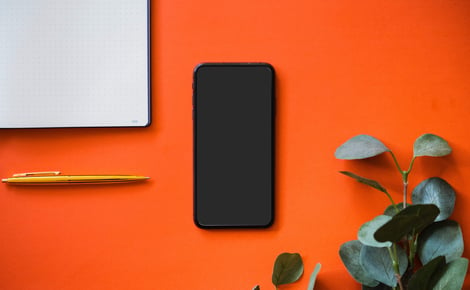 Clubhouse Links: How do we assess if an app...